How we are progressing on our goal is to attract new players by giving them an entertaining and educational experience. 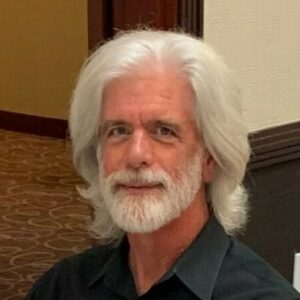 A not-for-profit organization devoted to advancing the awareness, participation, education, and enjoyment of the skill-based game of backgammon.

That is the mission statement of the USBGF.

As the leader of the USBGF, I must ensure that our staff’s time and members’ treasure always support the mission. I do not mean to criticize those who came before me; they contributed tens of thousands of hours, and hundreds of thousands of dollars of seed money. Nevertheless, I believe that over time, the USBGF developed too narrow a focus. After some outreach efforts, such as organizing college backgammon clubs, failed to sustain themselves, the Federation turned most of its efforts to supporting large, live tournaments.

One example was “added money” for ABT tournaments. The added money was designed to encourage USBGF membership, increase tournament attendance, and encourage more uniform playing rules. Requirements to earmark a portion of added money to the Novice division were added later.

Initially, funds came from Prime Benefactors; USBGF resources were added over time. The result was an increase in USBGF membership, from 55% of ABT entrants to 75%.  ABT attendance began to climb, by 10% annually after a decade of decline. Tournament directors began to use a more uniform set of rules. However, it was the accomplished players who tended to win the added money events. The Prime Tournament added money was eventually reduced, being replaced by other priorities such as support for a Local Club Initiative and a Newcomer Initiative. Added money for Prime Tournaments did not advance “the awareness, participation, education and enjoyment” of backgammon, and ended this year.

It isn’t easy to get out of a mindset, but that is what we must do. Ben Friesen, Director of Tournament Services, summed it up. Talking about the objectives of Social Sundays Doubles, and how to structure these events for new and non-tournament players, Ben wrote,

It’s hard for me to break free from the ABT director/ organizer mindset that people want to play structured backgammon, but we have to do something else if we want to attract players that we don’t already have.
This kind of a program checks a lot of the right boxes and can easily morph into something that members of all skill levels will participate in and enjoy. – Ben Friesen

The overall goal is to attract new players by giving them an entertaining and educational experience. Cube play will be optional in the Sunday Social Zoom Meetups. All conversations must be open. No cash prizes or entry fees. Play will last a few hours at most. All players will have access to experienced mentors, who will help with everything from technology issues to backgammon topics such as rules, basic checker play, and basic cube ideas. Advanced backgammon strategy should not be emphasized.

We also want to hold Newcomer Online tournaments, with a Newcomer Prize Package. Money will not be offered, just lessons and matches with experts. Look for this to happen after the new Online Tournament Series is launched.

Ben spoke of “the people we already have.” I think that for the most part, these are Open players who compete in the ABT points race, local club players who want to support their local ABT tournament director, players of all levels who like the competition and understand how tournaments work, and curious beginners and intermediates. I fear that many of those curious players come and go, unnoticed, because nobody bothers to explain tournament terminology and formats. We take their money, they lose two consecutive matches, lose interest, and go home.

We invited people who voted in the Board election to leave a question or a comment. This comment was left by a USBGF member:

When live backgammon tournaments resume, something needs to be done about all the highly skilled people who are playing in the advanced division rather than the open division. The board needs to come up with an aggressive, clearly defined method of moving qualified players into the open division.

This topic has been discussed before, but there has been no consensus on a solution to the problem. For that matter, there isn’t even firm agreement that this problem exists. But we can and should agree that it is a problem when we force intermediate players to compete at a level that they feel is beyond their skills. Some creative ideas have been suggested, like creating a third division, or using a different format for Intermediate divisions. Whatever the ultimate solution, I know that if we don’t listen, and if we don’t create a system that is perceived as fair, we will lose members and tournament players.

If you are reading this, you are very likely a skilled tournament player, one of perhaps 2,000 to 4,000 people. I am convinced that there are hundreds of thousands of casual players who enjoy the game, but are unaware of opportunities to improve their skills and find attractive playing venues. Many do not want to play in tournaments or use the cube, yet we provide hardly any opportunities for such casual and social play. To expand awareness of how wonderful it can be to play with the cube, participate in tournaments, and use Federation and other resources to improve our skills, we must broaden our promotion of the game.

These are some projects and ideas that we are working on:

Note that we are proud to own the ABT and support it strongly. We love our ABT events, organizers, and players—which should be no surprise since each and every Board member avidly participates in the

ABT tour, and we probably have over three centuries of combined backgammon experience. The ABT points race has been a great highlight of organized backgammon since 1993, and that will continue! We hope to increase attendance by attracting many more players with initiatives such as those described above.

Finally, I am delighted to announce that we have reached our fund-raising goal of $50,000 for the Capital Campaign to develop our new website. And, at this writing, we are just a few thousand dollars shy of meeting our $100,000 goal in the overall Capital Campaign! For myself and on behalf of the USBGF,

I would like to extend thanks to all of you who have contributed. I cannot tell you how motivating it is for us to know that we have your support.

I look forward to 2021. We have a wonderful community. Thank you for being part of it! 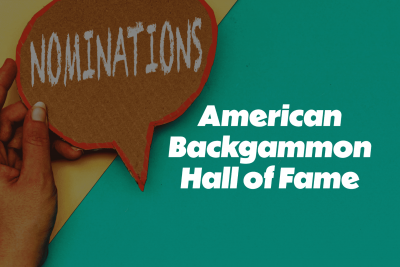 2022 Board of Directors Election Results